Pooja Rattan, a University of the Fraser Valley Library and Information Technology Student and student volunteer at the archives presented this evening’s Mission Moments. The first Soap Box Derby was held in Mission in 1946 as part of the inaugural Strawberry Festival. The Derby was the second of its kind in Canada and its success over the years surpassed everyone’s expectations. Over the years, the enrollment continued to rise and peaked in 1956 as 143 competed in the Soap Box Derby that year.

In 1953, the location of the Soap Box Derby was moved to the site of the present-day Leisure Center and a permanent track was built, the first of its kind in Canada, to allow a larger number of participants. The popularity of the Soap Box Derby continued to rise and in 1957, the Strawberry Festival was dropped to handle the Derby exclusively. The Derby drew mass amounts of media attention and crowds of 15,000 people were reported to view the event in the 1950s.

The soap box derby brought out the spirt of the community and was one of the events that helped put Mission on the map. 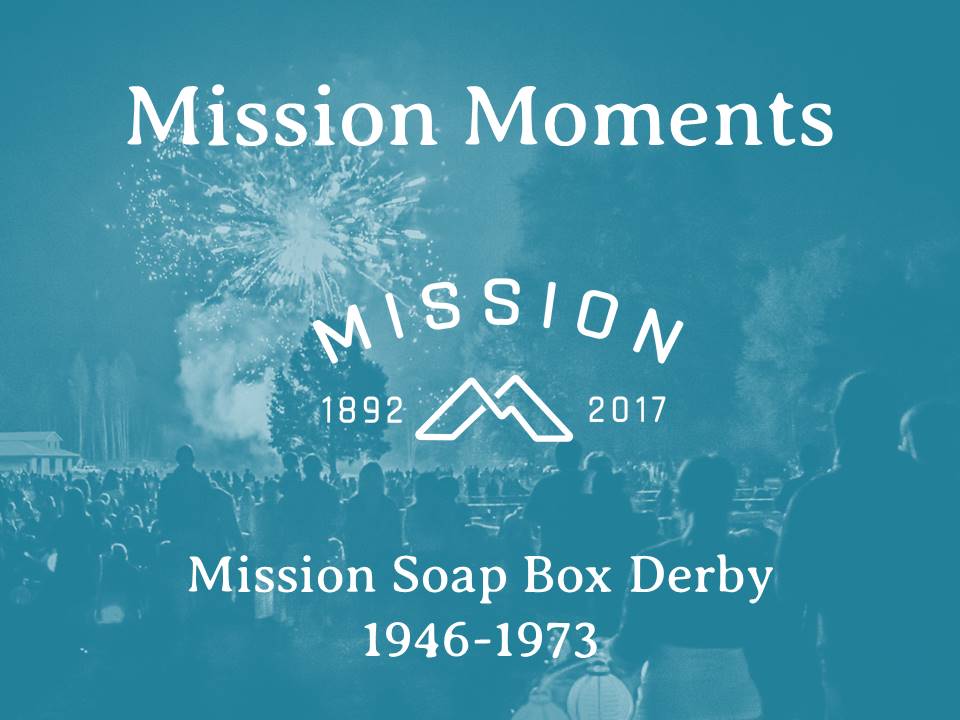 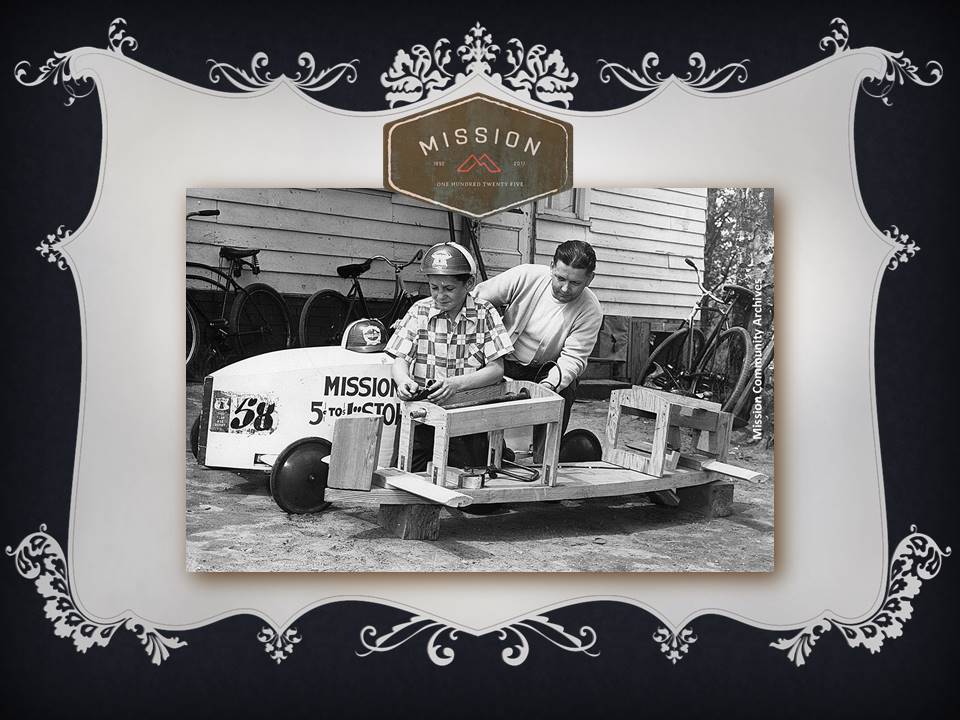 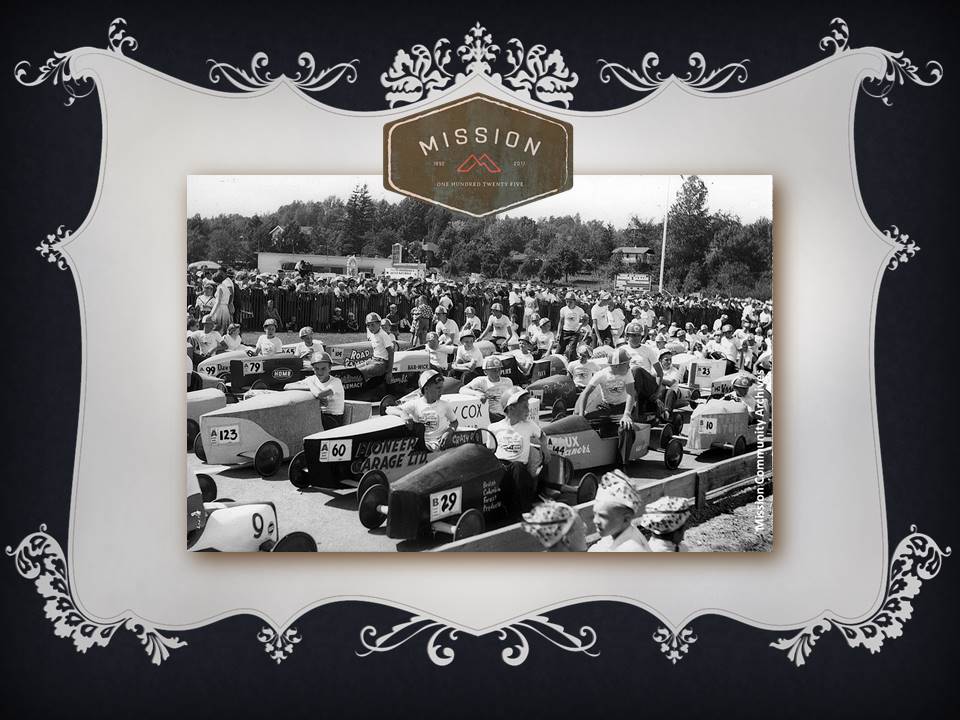 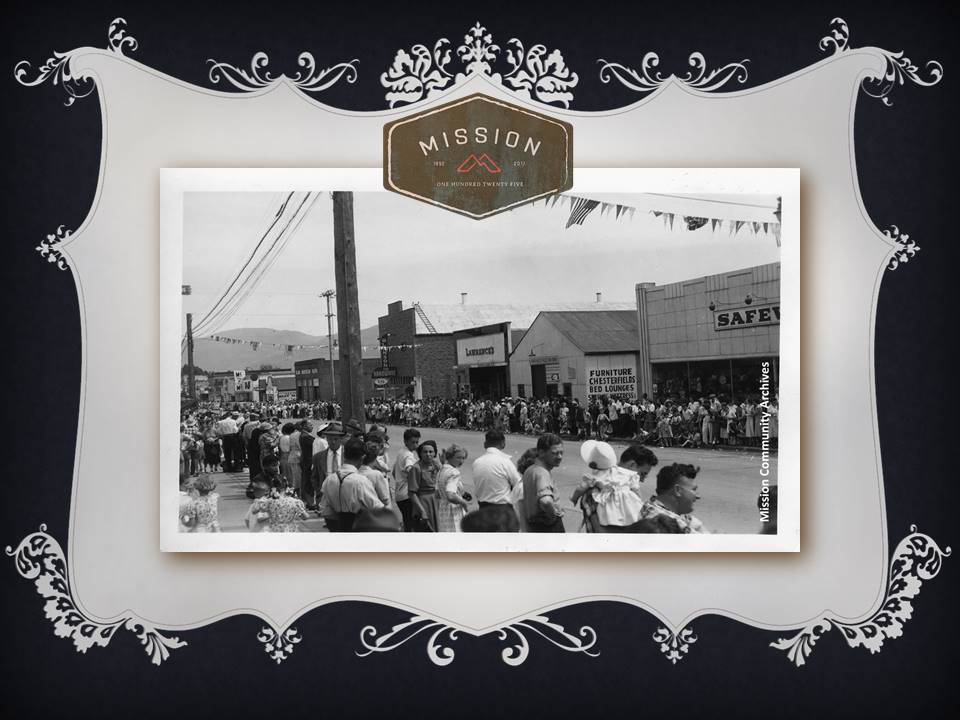 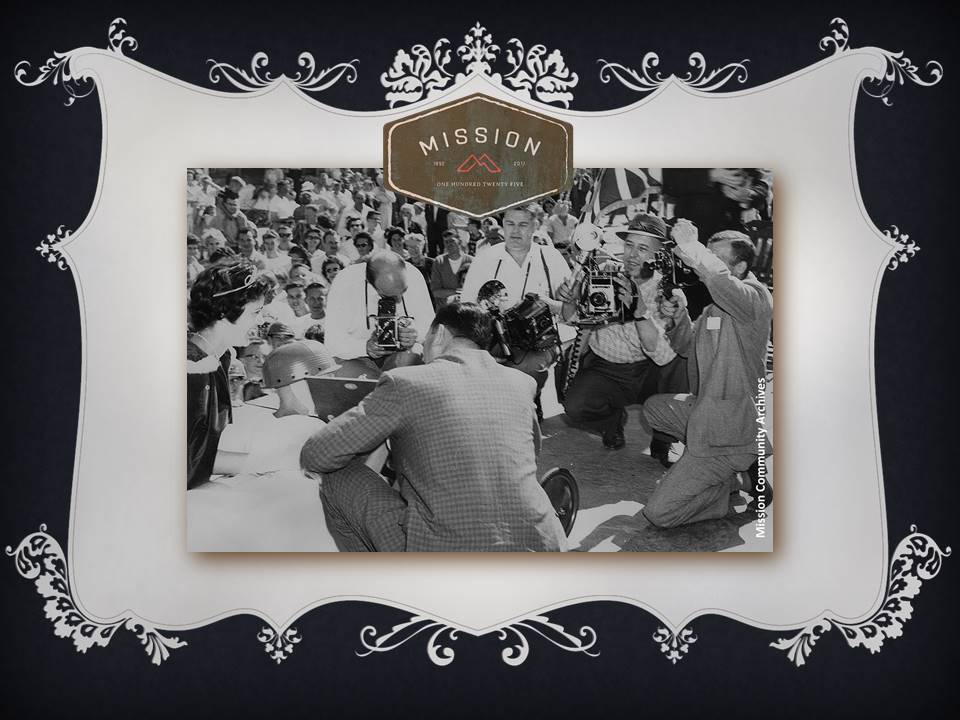 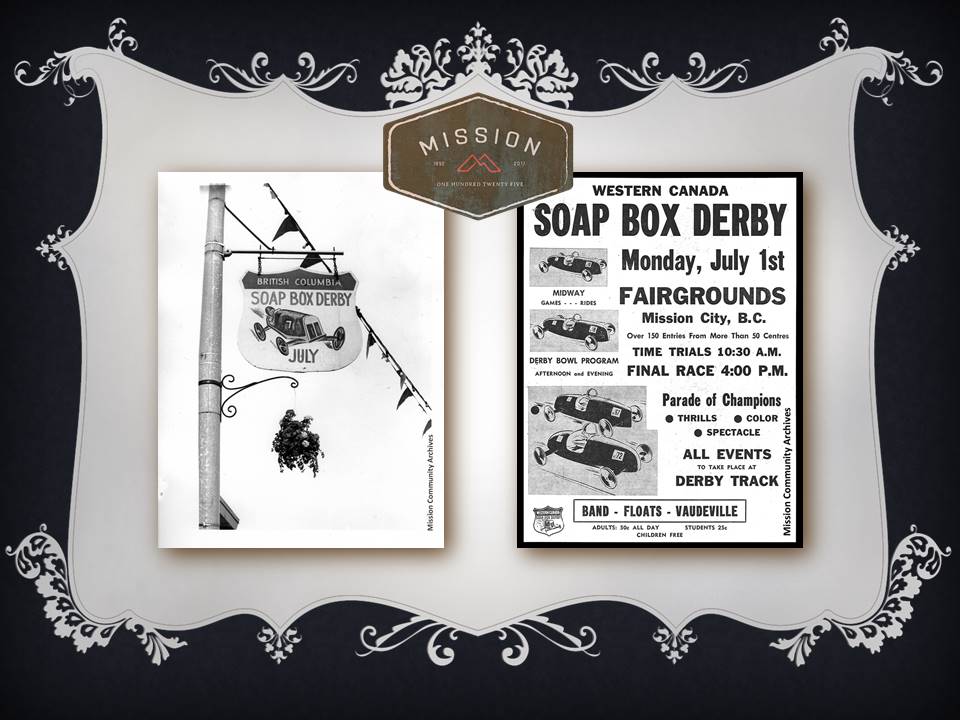 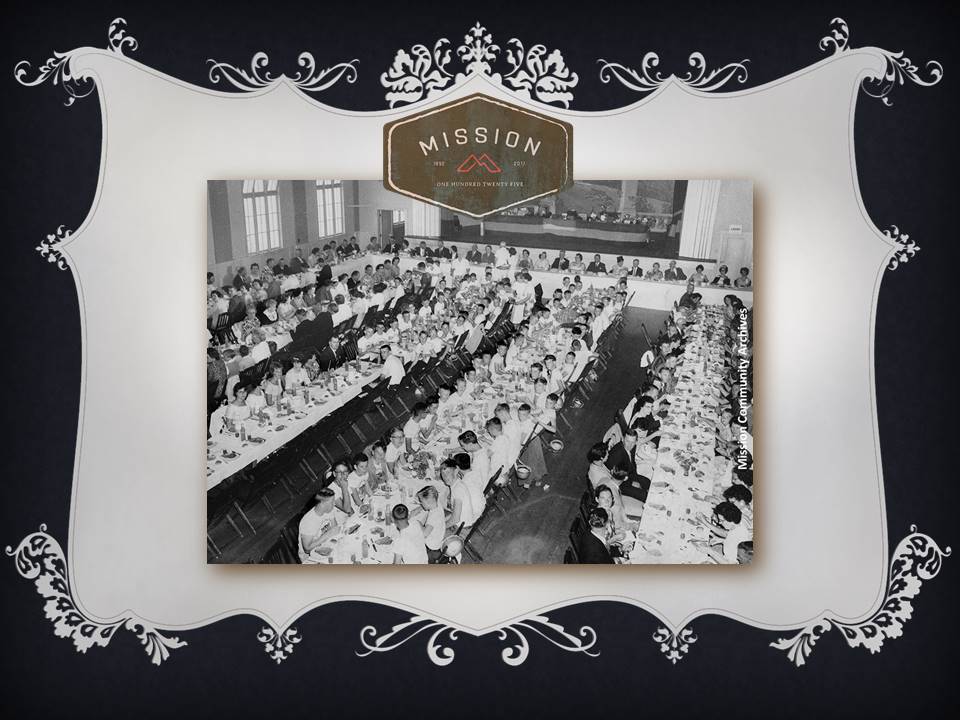 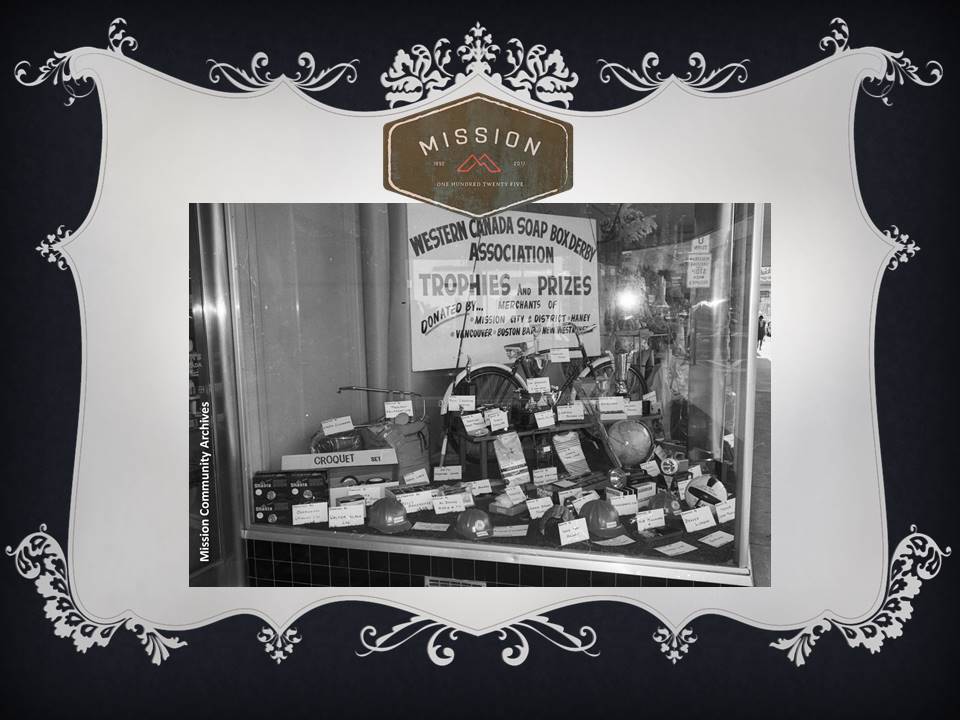 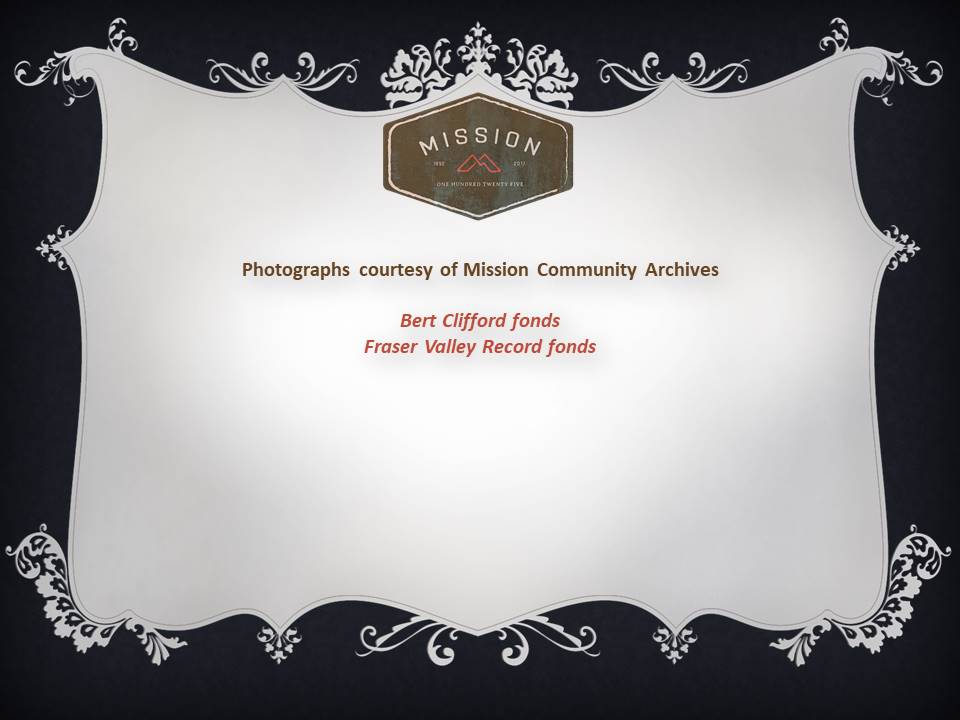