Freemen of the City

Freeman of the City is the highest award bestowed by the District of Mission.  It is given to individuals for their outstanding contributions of benefit to the community or the commander of military units of exceedingly high merit.  Since 1971, 49 individuals have been honoured with this award.  The following Freeman of the City recipients have been highlighted, on behalf of them all, to celebrate:

Christine Morrison – during her 46-year teaching career, she worked as a teacher, librarian, principal, and special education instructor and was recognized as an innovative educator and champion for young people. Ms. Morrison was awarded the Freeman of the City status on January 8, 1973.

Gary MacDonald – recognized as an extraordinary athlete and Olympian, Mr. MacDonald was selected to represent Canada at the 1976 Olympic Games in Montreal where he won a silver medal in the competitive swimming 4×100 metres medley relay race event.  Mr. MacDonald was awarded the Freeman of the City status on September 7, 1976.  He was 22 years of age at the time and remains the youngest individual to be given this status.

Albert McMahon – was a forest industry businessman and philanthropist.  He is remembered for his dedication and generosity to the community.  Mr. McMahon committed his time and resources to help support such groups as the Fraser Valley College, the Assessment Court of Revision, and the Mission Rotary Club and also helped establish the Mission Tree Farm, the Mission Country Club, and several scholarships at local schools.  He was awarded the Freeman of the City status on April 21, 1980.

Glen Garry – was a pioneering local politician and dedicated volunteer.  He is credited with being the most instrumental person in bringing about the amalgamation of the former Corporation of the Town of Mission City and the Corporation of the District of Mission in 1969.  Mr. Garry was awarded the Freeman of the City status on December 6, 1991.

Catherine Marcellus – is best known for her significant contributions to further educational opportunities within the District of Mission.  In 1986, Ms. Marcellus helped found the Lifetime Learning Society and served on the steering committee to build Heritage Park Centre.  Ms. Marcellus was awarded the Freeman of the City status on April 7, 1975.

The Royal Canadian Legion –  on September 26, 1999 Mission made Canadian history by being the first municipality to confer the Freeman of the City award to honour those who helped make Canada a nation and a respected member of the world community. 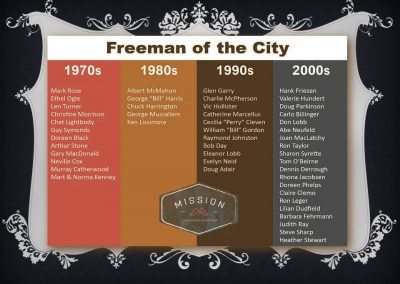 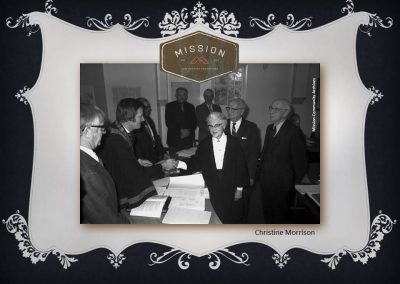 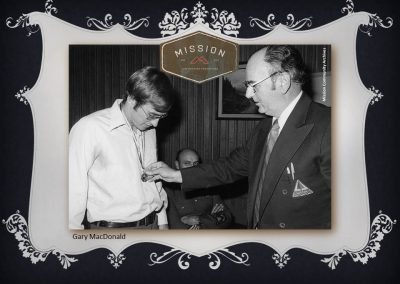 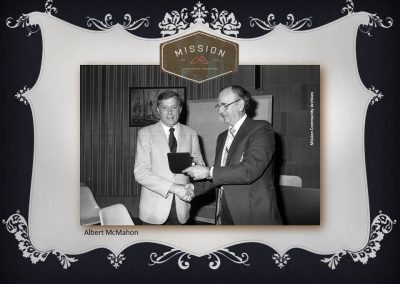 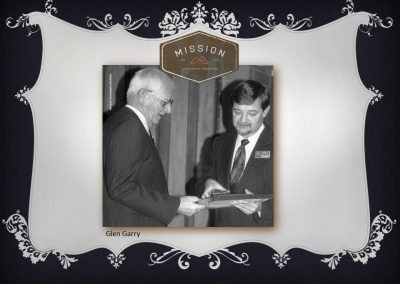 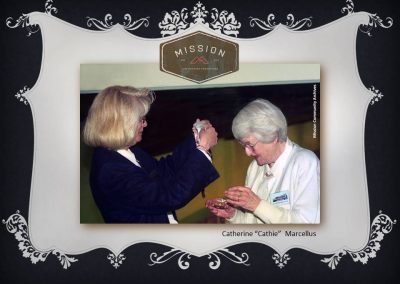 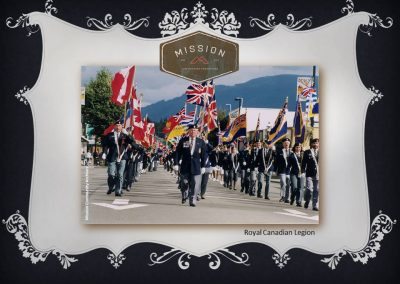