The first Japanese family to immigrate to the area was the Fujino family, who purchased 40 acres of property near Wren Street and Silverdale Avenue in 1904. Many Nissei, or first-time immigrants, chose Mission due to the availability of inexpensive land. The second family in the area, the Hashizume family, owned property at the current Westminster Abbey. In 1942, Japanese Canadian internment forced Mission’s Japanese families to relocate, mostly to Alberta and Manitoba. After legislation was passed in 1949 allowing them to return to the west coast, only a small number returned, as most of their properties had been sold or were being held by the federal government. Despite the forced internment, the families held no ill-will towards Mission, and many sent aid and money back to Mission during the devastating floods. 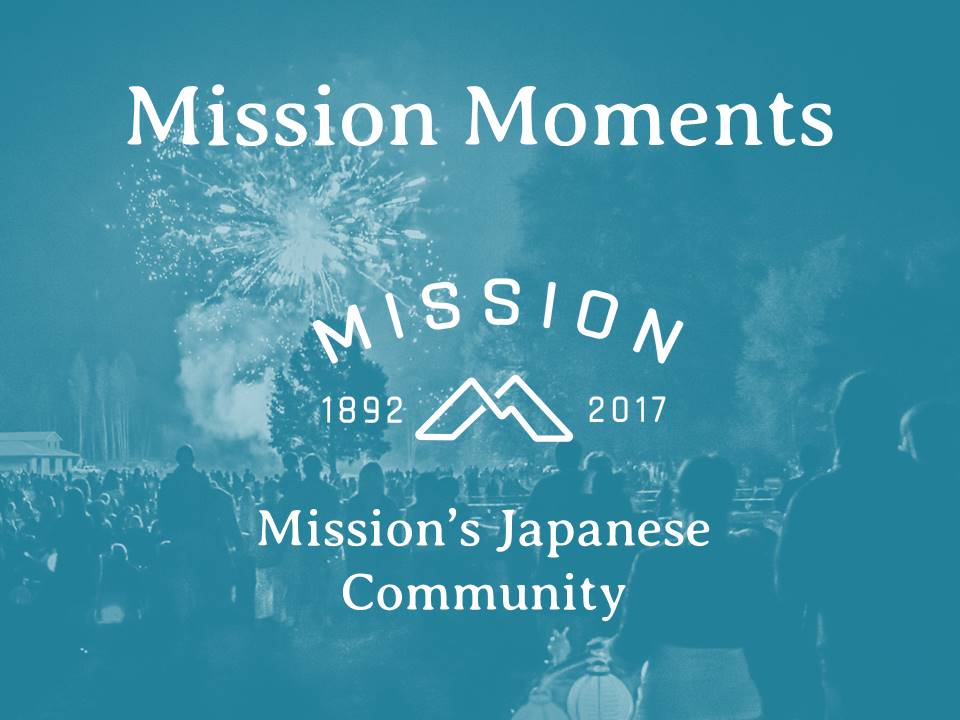 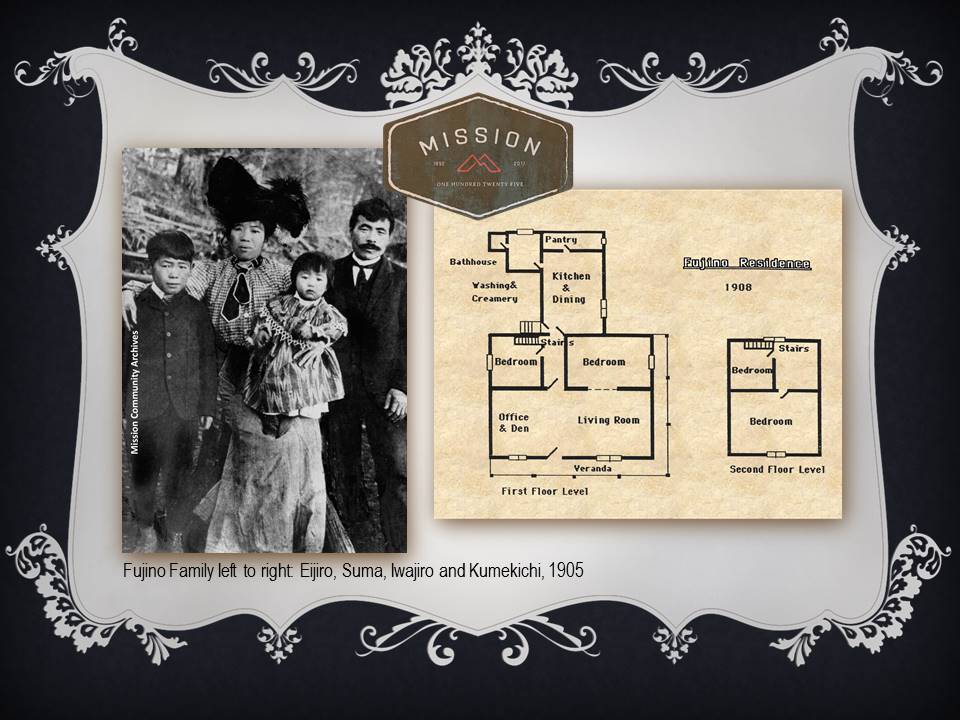 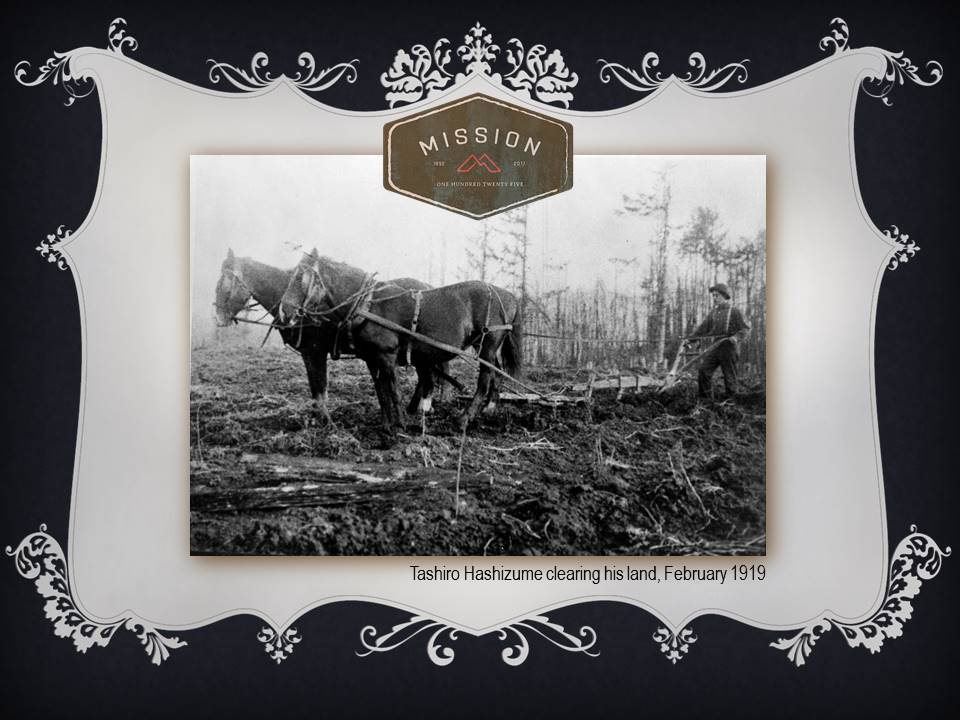 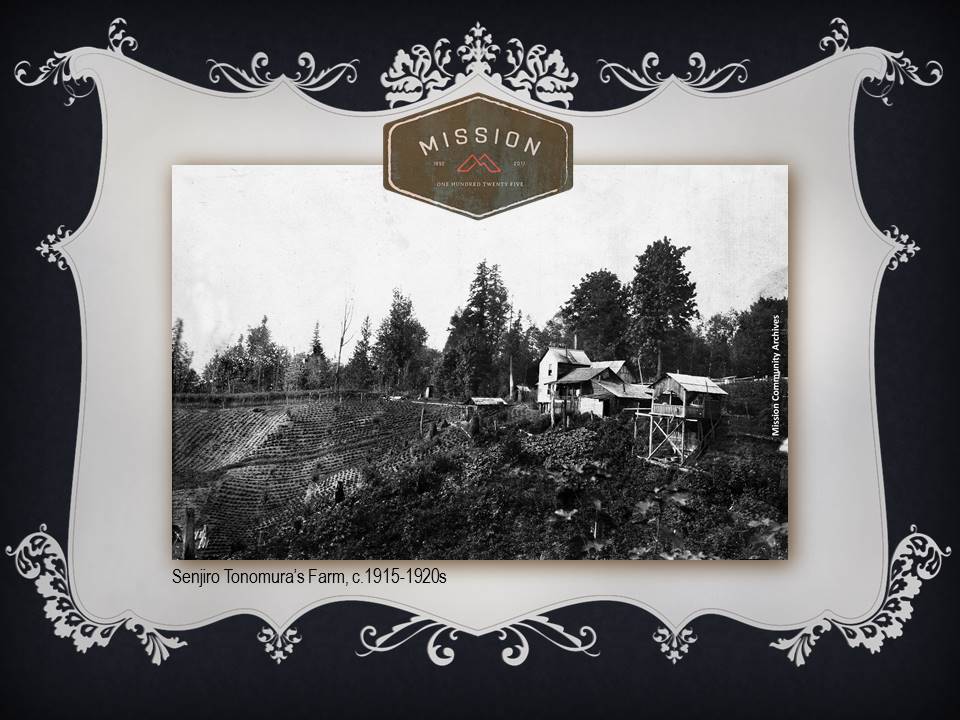 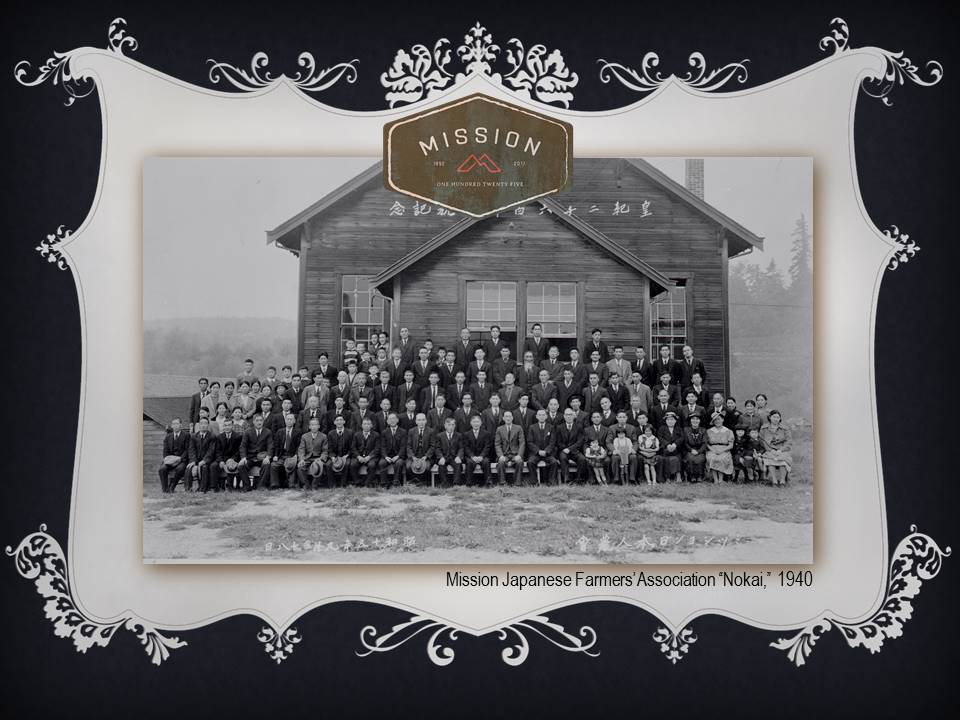 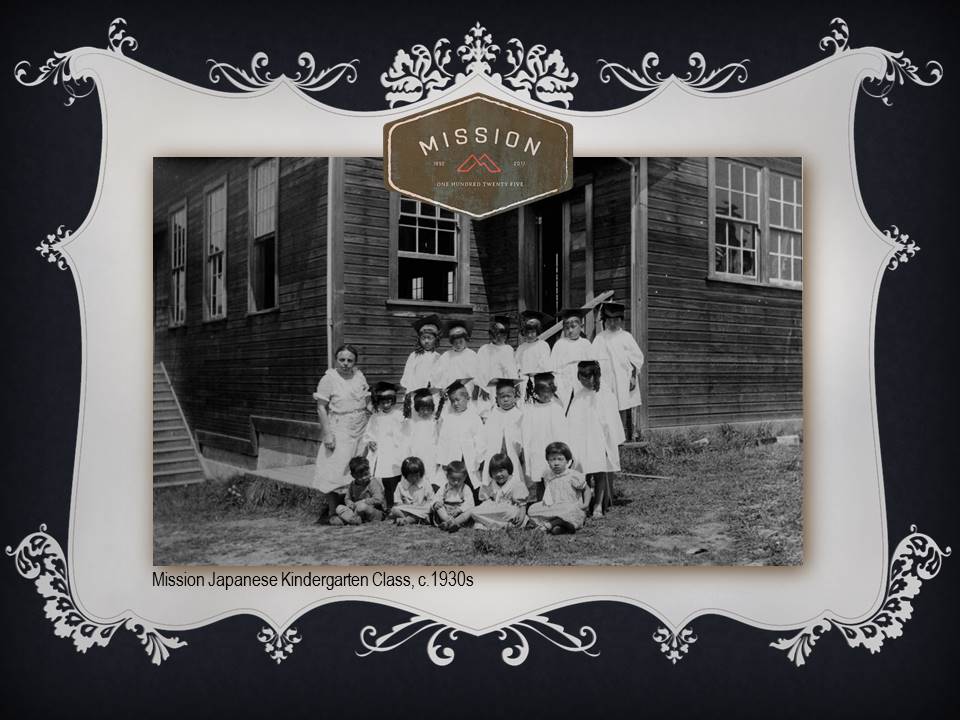 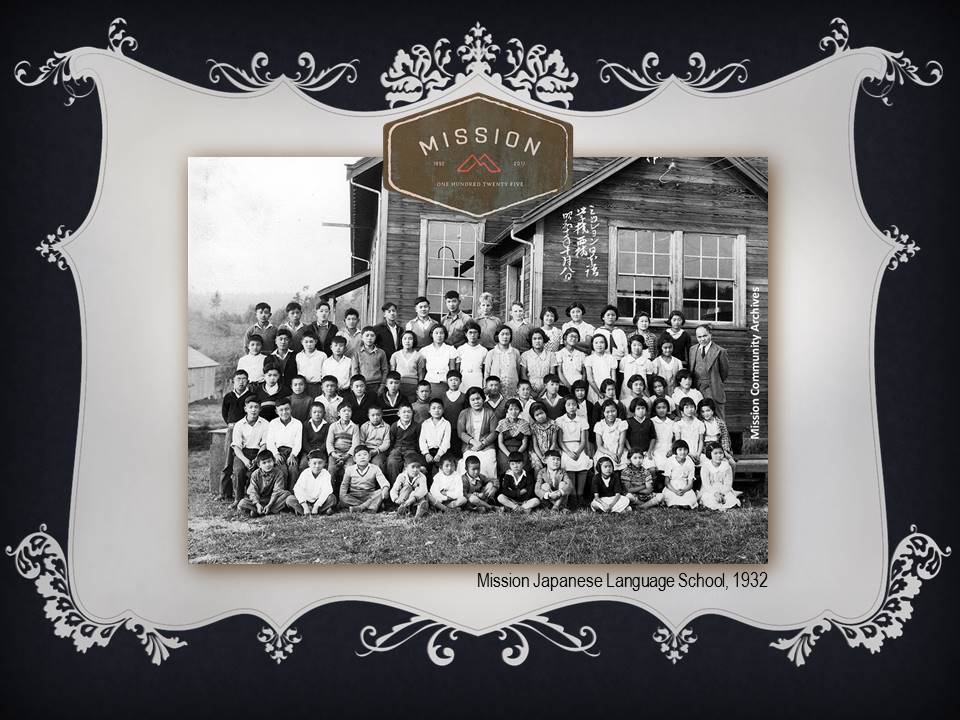 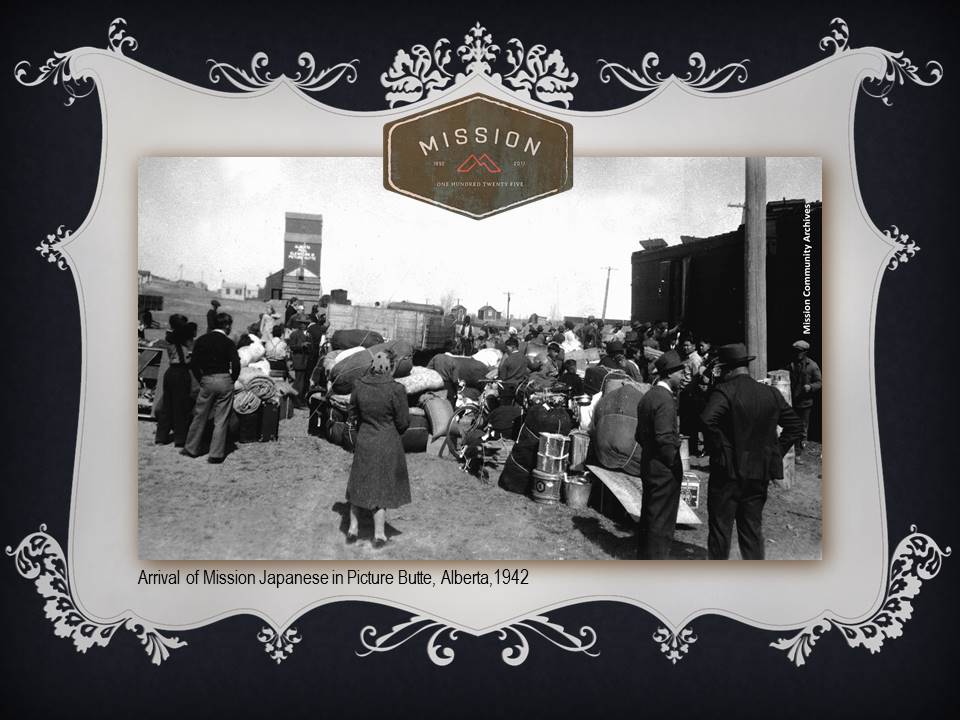 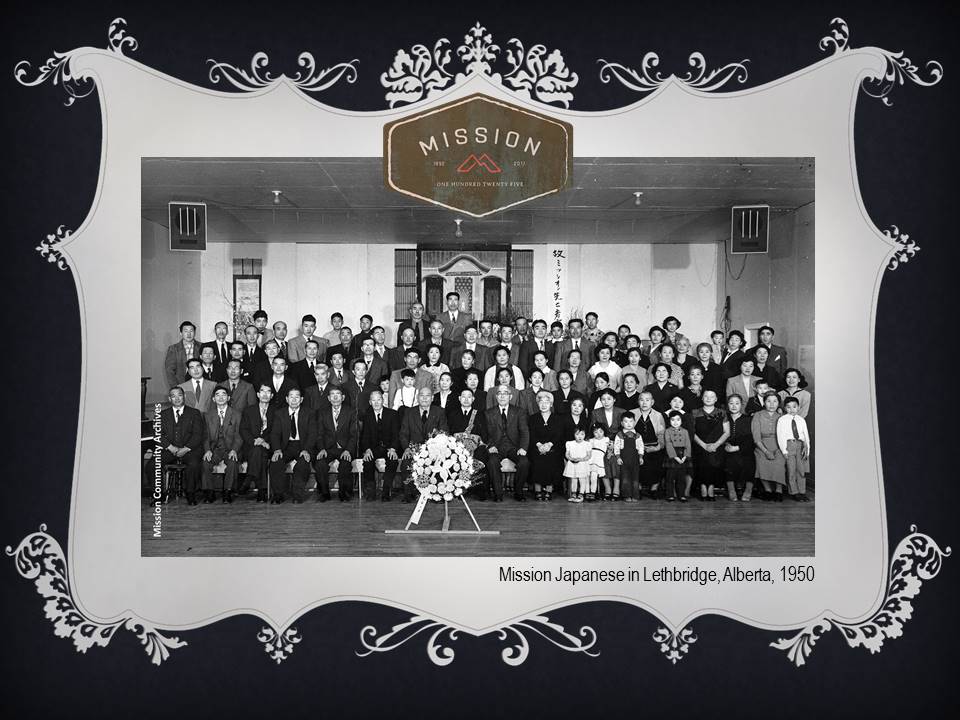 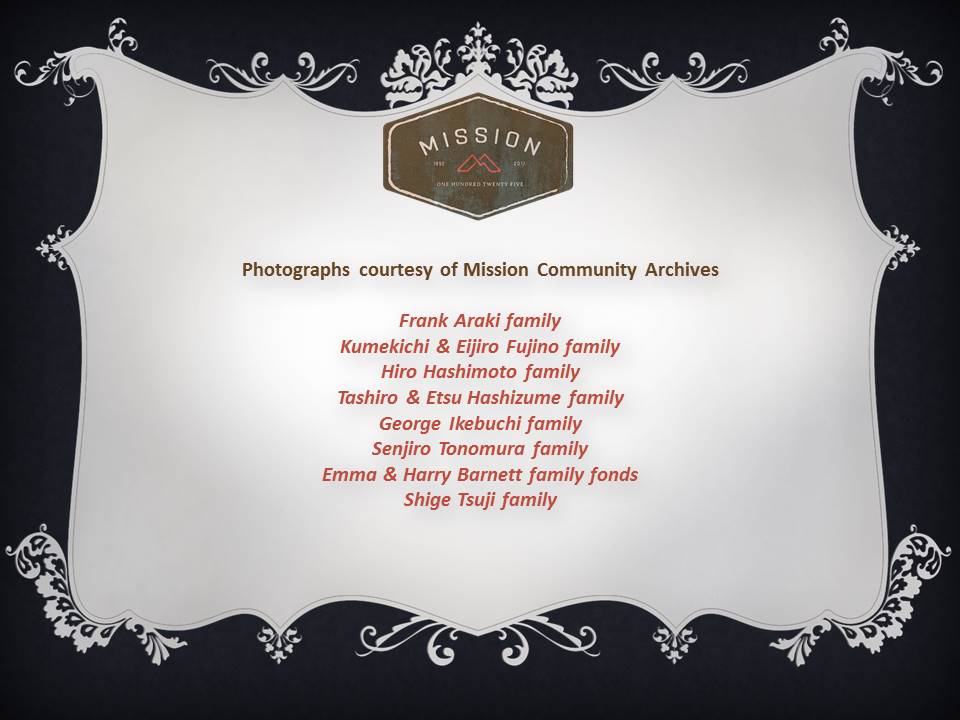