Mission Moments – Floods and their Impacts

During the flood of the Fraser River in 1894, the water level rose to 25.5 feet at the Mission Bridge, the highest water level ever recorded there. The water extended up past the present day Railway Avenue and affected the majority of the community, which at that time was predominantly located on the waterfront. After this flood, the community moved up off the flats.

Another flood in 1948 was the most devastating flood event on the Fraser River in recent history. On May 29, 1948, the dikes in Agassiz broke, followed by the explosion of the pump house at Hatzic on June 3 that created a 550-foot gap in the dike. Over five hundred homes were destroyed. No human lives were lost in the Mission region; however, there were ten deaths in other areas of the valley and a large number of livestock and crops vanished. 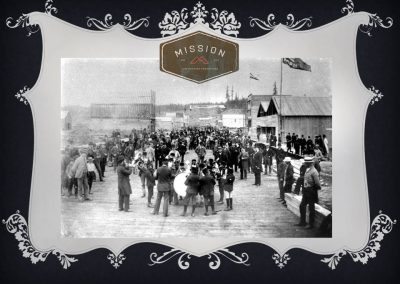 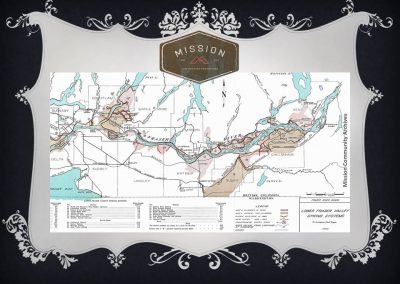 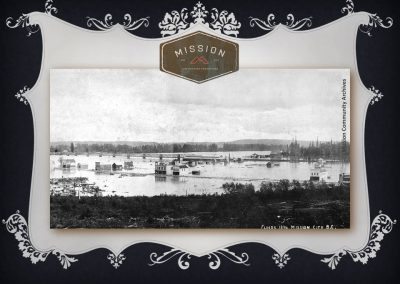 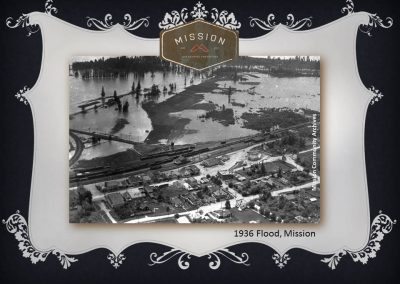 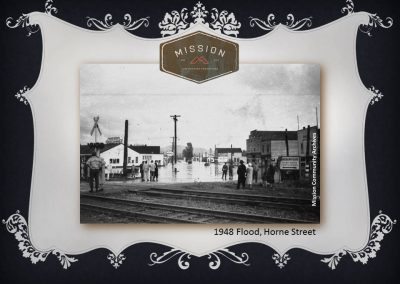 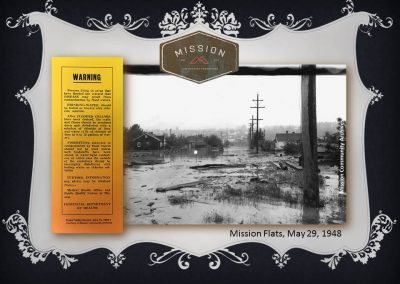